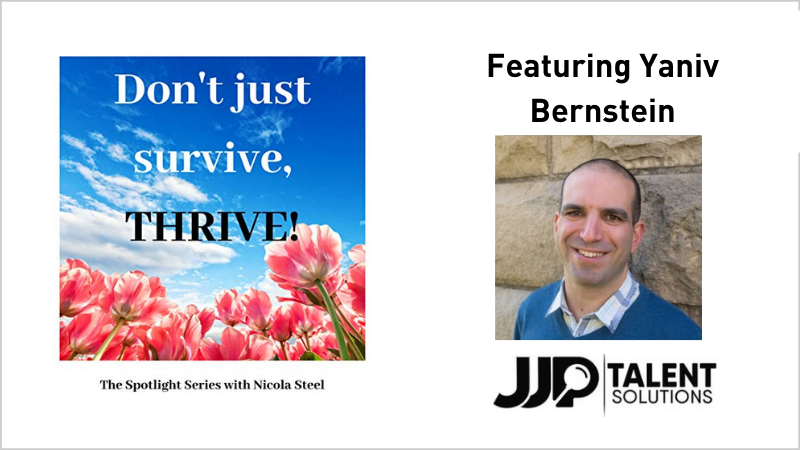 In the latest podcast episode of “The Spotlight Series – Don’t Just Survive, Thrive,” Nicola Steel, Founder of JJP Talent Solutions and ACS Preferred Recruitment Partner, talks to Yaniv who advises that you should act early, act quickly, be courageous and don’t look back!

Time is a valuable commodity and taking too long to make any sort of decision comes at a really significant but invisible cost” are the wise words Yaniv Bernstein would tell himself if he could turn back time.

Yaniv Bernstein has extensive experience as a Software Engineering Manager working for Google twice both in Switzerland and then Sydney followed by a start-up called Flare HR. Until recently, he was VP Engineering and then Chief Operating Officer at Airtasker.

Yaniv talks about his time at Google and how the company has changed over time. Yaniv worked in different parts of the company including Google Search, YouTube and Google Maps. Today, he feels that Google has somewhat lost its way with increasing distance between leadership and the people working on the ground.

Nicola and Yaniv discuss how the transition from working at Google to startups was a bit of shock. Having spent 10 years with Google, he was somewhat institutionalised. Google has a reputation for having very high hiring standards. In a startup, it was his job to make the team perform to the high level of Google whilst being involved in the entire hiring process including interviewing, dealing with agencies and salary negotiations etc.

Yaniv’s advice to grow teams where individuals can really grow, thrive and deliver massive value is for individuals to really understand THE WHY. When he is growing high performance teams, Yaniv looks for intellectual curiosity, a great mindset and fantastic technical ability. He keeps team members engaged and committed by giving them a sense of purpose, so they really understand why they’re doing what they’re doing.