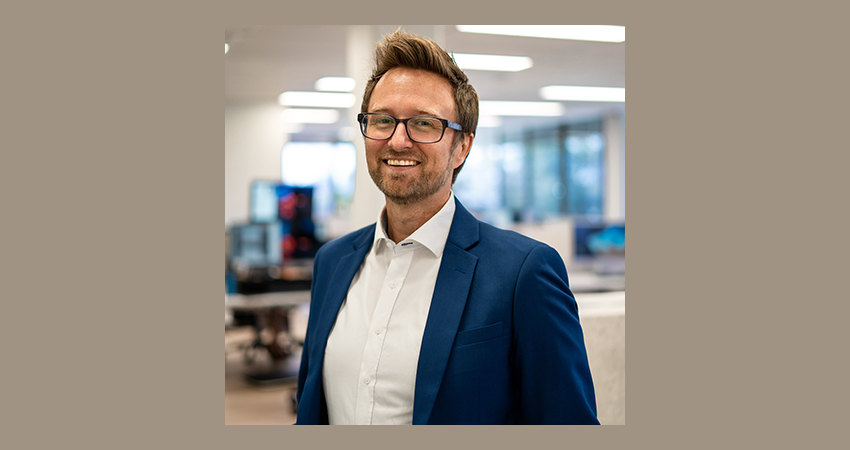 Q. Let’s start with a brief introduction about yourself and your business.

The business (Insane Technologies) started as an IT support shop over 20 years ago and we moved into Cyber because we saw it as an emerging problem for businesses. A vast majority of our clients were small to medium businesses and we could see they didn’t have the budget for both a managed IT services provider and a managed security. To overcome this, we started training our staff on privacy laws, information securoty and cyber security best practices.

We found that IT people like to help and sometimes helping doesn’t go with thought of consequences, due to lack of training. The Aha moment for us was when one of our biggest clients, a medical centre had a medical professional contacting us to help with copying files to a USB. Most IT people would oblige, but the technician came to me as he thought it didn’t align with best practice that he had been trained on. We rang the client to check with them and they asked us to not go ahead with the request. That was the moment when we realised we had correctly trained our staff on best practice and data leakage/ authorisation.

Q. What made you think of nominating your company for the ACS Digital Disruptors Awards?

We had joined the ACS to help further the industry and help put a baseline and raise the bar in the industry. I was talking to the then branch manager of ACS about this topic and he suggested we nominate for the ACS Digital Disruptors. I hadn’t thought about it as at that point I didn’t realise that the solution we were offering was so innovative. One big lesson for us was that when you’re in your little bubble, things that are intrinsically so obvious to you, may be isn’t so obvious to everyone else. We often think if we’re doing something, everyone else must be too, but we learnt this may not always be the case!

Q. What was your experience of the DDA Awards night?

The Awards dinner was where I was introduced to other peers in the industry. I had been a member for about a year or so by then, but this experience was different. I had a lot of people from the industry who were interested in listening to what I had to say and they also thought it was good. It all came from an idea, which I had no clue was so great.

The night of the awards, the other finalists had a great solution as well and in my mind I thought they will surely win – I was even congratulating them behind the stage! When my name got called out as the winner – I couldn’t talk. I was so shocked and found myself grinning ear to ear!

Q. What was your experience of the process – from nomination through to the moment you attended the awards?

I don’t remember it being a hugely onerous task, even though it’s often hard to write about your accomplishments. Technical people like myself tend to over-complicate things and use jargons, so to normalise the submission I brought in a non-technical person. I had my then-partner, who was also managing our marketing, helping me through the process.

Once that first little hurdle of writing the nomination and submitting was crossed, it was a painless process. I had a couple of interviews, and everyone else was lovely. If you’re unsure, reach out to your local branch committee members or branch staff for support. A lot of those people want to see businesses in their state & country doing well, and if they believe in you, they’ll help. Just give it a shot!

Q. Any tips on writing a winning nomination?

When you’re working in an organisation, you have to maintain the confidentiality of projects while telling your story. You don’t want to overshare to ensure you retain your USP. But there isn’t any harm in reaching out to a couple of trusted advisors outside your realm, like an ACS member or your branch committee to advise you. If you’re doing something creative that you really love and it drives you every morning to get out of bed then you should be finding ways to talk about it.

Q. How did the ACS DDA Awards help with your business growth?

Every business evolves over a period of time. Sometimes we don’t realise that the creativity we come up with to evolve those businesses needs recognition. What it might also do is inspire others to think that that’s a good idea which they could also use, which will intrinsically raise the bar for our industry.

After winning the award, I was featured in the Australian Financial Review Special edition as a Digital Disruptors Award winner, which gave me a level of recognition and exposure where people were reaching out to me. The following week, I got multiple calls from people who were interested in working with me.

One of these calls was from an insurance loss adjuster, which led to a job where a business had been hit by ransomware. We helped them with the incident which led to the lead incident responder for the insurance company, based in UK, reaching out to do more work with them as they really liked the way we’d handled the job. A few jobs later, this company was looking to build their team internationally and they approached us to pitch for it in Australia. We did – and it was one of the best decisions we made. All the incidents coming in through this were essentially sales calls that we just had to handle right.

From that we built out a digital forensics team, an incident response team, a machine learning base data cataloguing solution and tripled in size. Three years down the track, the insurer asked if we would like to be part of the family ( buy out), which was a great opportunity for us to service not only the Gold Coast or Australia but internationally. As of 1st of April 2021, we’re now part of CFC Underwriting, who are worth about A$1b and service over 90 countries.

When people asked me how it happened – it all started with the DDA Awards. We have won numerous awards through the years, but the positioning and exposure created by Digital Disruptors was monumentally critical for us to be here. That coupled with the quality of work we did is how we ended up where we are.

Q. What would you like to say to future aspirants for the Award?

I’ve done really well out of winning the award and wouldn’t be where I am without that exposure. I would encourage anyone who thinks they are doing something they love and have an interesting story to tell, to throw their hat in the ring. When you win something like this it is an amazing experience. I would a 100% recommend people to nominate themselves.

Do you think you have it in you to be able to inspire the next generation of tech professionals? If the answer is yes, we want to help you get there. Start by filling your nomination now.