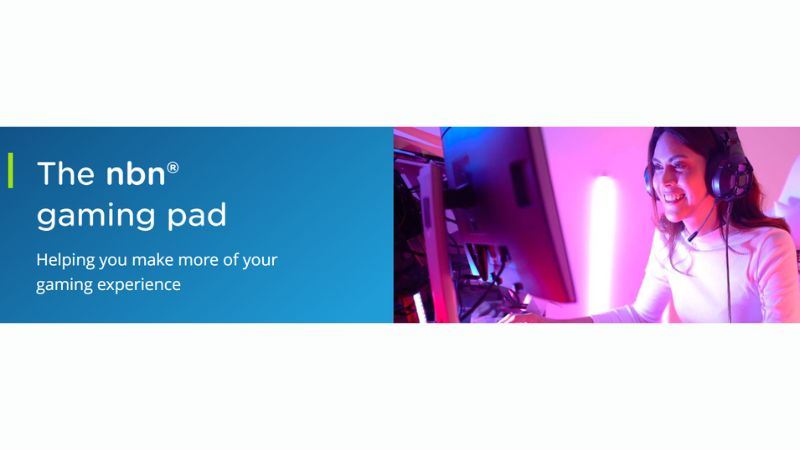 nbn®  has released its first digital video series for gamers titled ‘The Ping.’ It is part of a national campaign which details how the nbn® network works in the back end to deliver in-game action, and how customers can have a next level internet experience.

Aimed toward mainstream gamers, the series will feature three episodes shared via YouTube, Twitch, TikTok, Meta and a bespoke webpage: Episode 1: Data quest: The internet explained – A journey through the timeline of the internet. Episode 2: Host in the machine: Game servers explained – Behind every click there’s a force at work bringing ingame action to life. Episode 3: Hardwired to win: How to help optimise your router – Ways to tackle router position, hardware and Wi-Fi frequency band to optimise game play.

nbn General Manager Customer Experience, Mark Vanston said the videos are packed with helpful tips and advice to help users get the most out of their gaming experiences. “We want to ensure gamers are enjoying a next level experience on the nbn network. Digital game downloads are expected to dominate sales of gaming titles over the coming years, so we’re growing the network to stay ahead of overall demand.” “We’re doing that through network investment and upgrades.

More than 5.1 million premises throughout Australia are now eligible to access wholesale plan speeds of 500 Mbps to close to 1Gbps.3 For example, at those speeds of close to 1Gbps, a gaming update around 50GB could download in minutes instead of hours.”

Research from nbn in 2021 revealed 1 in 7 nbn users consider online gaming to be their most important online activity. These gamers using services over the nbn network spend around 14 hours a week on average playing online games.

Mr Vanston added, “Fifty-six per cent of Australians are on wholesale download speed plans of 50Mbps. A 70GB update downloaded at 50Mbps could take a few hours to download. If you have a high-speed internet plan, it should improve how quickly you can download games and updates. If you prefer to download your games instead of buying them physically, consider how much data you might require.” “Upload speeds are equally important for improving your latency and ping, and checking your internet set up is optimised will help to reduce factors that could impact your speed and performance.”

“A couple of other things to consider when choosing an internet plan is how many people use the internet at home and how many devices need to connect at the same time.”

Customers are encouraged to register to receive information on when their premises may become eligible to access higher speed broadband services and to enjoy next level gaming at nbn.com.au/fttpupgrade