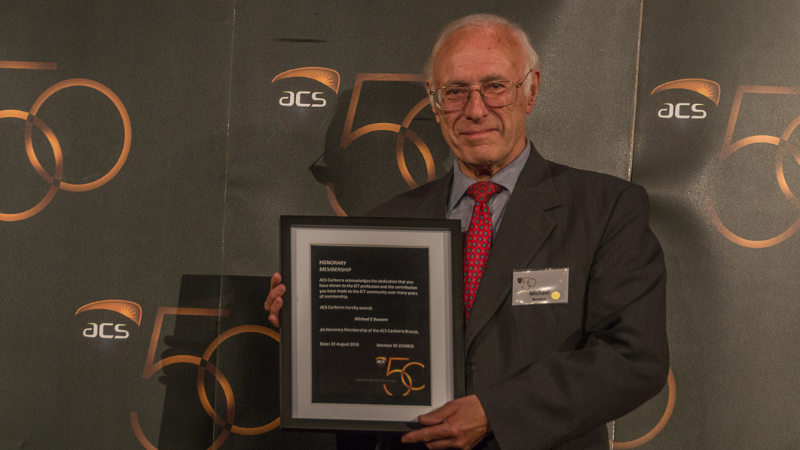 Mike was a longstanding IS practitioner, manager and consultant.  This included being part of a team which, in a world first, produced a practical open source electronic voting and vote counting system, used for ACT government elections.  He made a range of contributions to ICT professionalism and ethics, including many articles in Information Age.

Mike became an ACS Fellow in 2015.  He was a long-term Canberra BEC member including as Chair, and did terms as Chair of the ACS Economic, Legal and Social Implications Committee and the ACS Committee on Computer Ethics.  He retired from Canberra to Moss Vale a few years ago.

Some of his contributions include:

Find out more about what ACS can do for you, membership benefits and upcoming events.