Tips that make us wiser about developing self-awareness

You can’t be a good leader without self-awareness. There are many ways to do so. Below are five that the author found to work best: 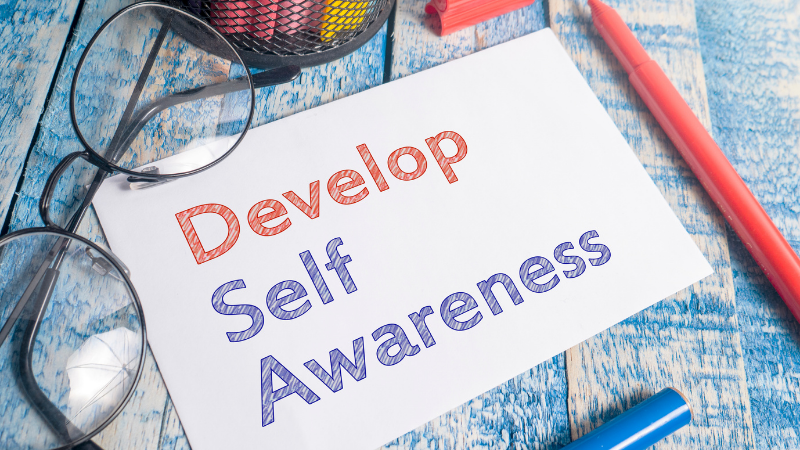 It lies at the root of strong character, giving us the ability to lead with a sense of purpose, authenticity, openness, and trust. It explains our successes and our failures. And by giving us a better understanding of who we are, self-awareness lets us better understand what we need most from other people, to complement our own deficiencies in leadership.

The question, then, is how can we cultivate and develop it further. There are many ways to do so. Below are five that I have found to work best:

1. Meditate. Yes, meditate. As most people know by now, meditation is the practice of improving your moment-by-moment awareness. Most forms of meditation begin with focusing on, and appreciating the simplicity of, inhaling and exhaling. But these don’t need to be formal or ritualistic — greater clarity can also come from regular moments of pause and reflection. Speaking personally, I try to gain greater awareness by simply finding a few seconds to focus on my breathing, often before sleep, and sometimes with one of the many apps available to help. During these meditations, I also ask myself a set of questions, among them:

But the most frequent form of “meditation” I practice derives from carrying out seemingly mundane tasks that inspire a degree of therapeutic serenity, including washing dishes, working in my garden, and spending early Saturday mornings writing in Boston’s Museum of Fine Arts as I wait for my son to be dismissed from his drawing class.

2. Write down your key plans and priorities. One of the best ways to increase self-awareness is to write down what you want to do and track your progress. Warren Buffet, for one, is known for carefully articulating the reasons he’s making an investment at the time he makes it. His journal entries serve as a historical record that helps him assess whether or not future outcomes can be attributable to sound judgment or just plain luck.

Li Lu, a co-leader of the Tiananmen Square student demonstration and today a highly respected investor, told me once about a practice he followed for years, inspired by Benjamin Franklin. Franklin kept a “balance sheet” of both the assets and liabilities of his personal traits. By diarizing any new strength he believed he could learn from someone else, and marking down any self-perceived weaknesses, he could better assess whether the “net worth” of his character was growing over time.

3. Take psychometric tests. In Heart, Smarts, Guts and Luck, my co-authors and I developed a simple “entrepreneurial aptitude test” in order to understand which traits readers were most likely to be biased in business-building and in life. Among the best known of these tests are Myers-Briggs and Predictive Index, but all are aimed as serving as a data point towards greater self-awareness. A common design point with all of them is that there are no particular right or wrong answers. Instead, they are designed to compel respondents to consider a set of traits or characteristics that most accurately describe them relative to other people. In our own version, (which can be taken at www.hsgl.com, and is free) we ask people to consider forced choices in paired question sets – e.g. Is your success best described by analytics or instincts? Are you more driven by passion or by action? Reflecting on forced trade-off questions such as these help test-takers better understand their own true characters.

4. Ask trusted friends. None of us is altogether aware of how we come across to others. We have to rely on the feedback of our peers, friends, and mentors. To have your friends play the role of honest mirror, let them know when you are seeking candid, critical, objective perspectives. Make your friend or colleague feel safe to give you an informal, but direct and honest view. This can mean saying something like, “Look, I am actually asking you as a friend, please just be straight with me on this matter. Okay?“

Another strategy is to ask friends to call you out when you are doing a behavior you already know you want to change. For instance, “Look, I know I am a ‘story-topper’ who needs to one-up every conversation, but do me a favor and each time I do that, let me know – preferably discreetly – so I can learn to stop.”

5. Get regular feedback at work. In addition to informally and periodically asking friends and family, use the formal processes and mechanisms at your workplace. If none are in place, see if you can implement more formal feedback loops. Provided it is done well, constructive, formalized feedback allows us to better see our own strengths and weaknesses. At my own venture capital firm, Cue Ball, we have begun encouraging entrepreneurial founders to institute a formal, annual 360-feedback process that provides feedback across multiple areas of competencies and work styles.

The keys to effective formal feedback is to a) have a process, and b) have an effective manager of it. The latter either requires really good internal HR people, or bringing in outside facilitators and consultants. We’ve found the approach with external folks to be more effective at both small and large companies, because they come without the baggage of pre-conceived biases or reporting lines. Once the feedback process is completed, it is important all involved to reflect on it by writing down their top takeaways. Note both any surprising strengths and any weaknesses or blind spots.

In the end, we all want self-awareness. Without it, one can never fully lead effectively. It’s only with self-awareness that one can journey closer to a state of “self-congruence” — in which what we say, think, and feel are consistent. Building self-awareness is a life-long effort. You’re never “done.” But these five pragmatic practices will help you move faster and further along the way.

*This article is adapted from the Leadership: 5 Ways to Become More Self-Aware by Anthony K. Tjan (Harvard Business Review Press, 2015).

Find out more about ACS Membership benefits and upcoming events.